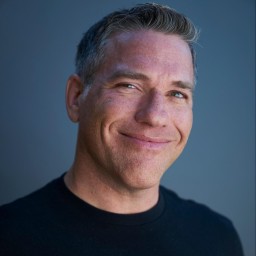 Thursday May 21, 2009 will go down as one of my best nights ever at Crustacean Restaurant in Beverly Hills, CA.  Not only am I going to share everything that happened, I’m also going to throw a few lessons in along the way.  There’s a little something in this post for everybody, from my magician friends to the degenerates I hang out at the beach with.

You may be unaware of this, but some of the best magicians in the world perform during the week at restaurants and bars.  Basically, these venues serve as steady income for us and also provide leads for private parties and corporate events.  Most people have never seen a professional magician performing top notch sleight of hand inches away from their eyes.  When they experience this for the first time and realize they can have this amazing entertainment at their parties, we exchange cards.  These encounters lead to long term relationships that go beyond business.  I’m friends with many of my clients which means when it comes time to hire a magician they don’t even consider another performer.

The restaurant I’ve been performing at longest is Crustacean.  I’ve been there over six years and I love the place.  If you ever want incredible food served by an excellent staff, make reservations now.  I perform every Thursday night from 7:30Pm – 9:30PM so be sure to have dinner when I’m working.

If you’re hiring a magician for the first time and you’re reading this for advice, here’s a tip for you.  When you’re calling different magicians and having a hard time deciding whom to hire, ask the performers if they have a steady gig somewhere so you can see them work.  With all things being equal, hire the one with the steady job, even if you don’t actually see him perform.  The highest caliber magicians work all of the time. As a matter of fact, you can see my public performing schedule right here.

So, here’s my story about last Thursday at Crustacean.

Right after I arrived for work, the manager, John Nyguyen, informed me that I just missed Robby Krieger from The Doors.  I was kind of bummed because it would have been cool to perform for one of the riders on the storm.

On the upside, I did see a table full of businessmen that looked miserable despite eating an incredible dinner and being in a beautiful place.  There was one businesswoman at the table and she had a beautiful beard.  I can’t tell you how happy I was at the prospect of working for them.

I asked the server whether or not I should perform for the table.  He got the same pleasant vibe as me but in the end sent me into battle.

For the first 30 seconds, they looked like they were made of wax.  Then, something amazing happened.  They actually started to laugh and enjoy themselves.  I felt like a miracle worker waking these people up from their corporate comas.  Not only did they turn out to be awesome, the guy that seemed like the biggest tool tipped me a hundred dollar bill.  Not a bad start to the night and a little reminder to not judge a woman by her facial hair.

Next, I spotted a table with two couples that seemed to be having a great time.  Right off the bat, they rocked.  Everything I did was a miracle and everything I said was hysterical.  And no, they weren’t drunk.

However, I did learn that one of the gentlemen was one of the inventors of Grey Goose Vodka.  Not only were they a great audience, they also tipped me a hundred dollar bill.

Immediately, a table requested me.  It turned out they’d seen me before and they brought in some friends to check out my show.  If you own a restaurant, keep in mind that this is one of the many benefits of hiring a magician.  People will come back because you offer something unique.

Of course, they were a great group.  There was a birthday at the table so I did some special magic for the guest of honor.  After the set, my old friends tipped me $40.00.  If you’re keeping score at home, the crab count for the three tables is $240.00.  I’m obsessed with The Deadliest Catch so you may notice more crab references coming out of me for awhile.  I know, you’re used to me talking about crabs, but this time I mean the kind they catch off of Alaska.

I thought I was done for the night.  After all, I’d done a whole three shows and was ready for a nap.  However, my good friend and server at Crustacean, Jarret, informed me that Seth MacFarlane just sat down.  If you don’t know who he is, you either don’t have a TV, Internet access, or a sense of humor.  Maybe you’re just not good with names and I shouldn’t be so hard on you.  I’m sorry, keep reading.

Seth MacFarlane created the show Family Guy and he does a bunch of the voices.  Apparently, he’s on a commercial for Hulu that airs constantly but I’ve somehow missed it.  As a result, I didn’t know what he looked like.  I did hear his Howard Stern interview which was really killer.  If you missed it, subscribe to Sirius, it’s the best.

Jarret comes over to me and says he just served Mr. MacFarlane his crab.  He said he put the bib on him and Seth said, “I feel really dignified.  I feel like a fucking Viking!”

It was showtime and I made my approach to perform for Seth friggin’ MacFriggin’FarFriggin’LaFriggin’Ne.  He was with a hot betty and when I introduced myself as the house magician, I didn’t get the normal vacant stares.  They both seemed genuinely interested.

I said, “Nice to meet you, and I know who you are man, you’re Seth MacFarlane.”

Immediately, these two were incredibly cool.  Alexis was from Chicago which is where I lived for a couple of years.  It’s still one of my favorite cities and the people I run into from there are always great.  I miss the stuffed spinach pizza from Giordano’s.

We talked for a bit and then I did my first effect.  Even if they were only pretending to be amused with me up to this point, they were now genuinely crushed by the magic.

I asked Seth to take out a hundred dollar bill and sign it.  He said he didn’t want to get in trouble, so he signed it SEAN HANNITY.  In case you don’t know, Sean Hannity is more right wing than Rush Limbaugh (who’s in fact right of Hitler).  I set the bill on fire and he informed me that he planned to give it to me so it was my loss.  Of course, I reproduced the unharmed bill from a sealed envelope in my wallet and handed it to him.  He gave it back to me as a tip.

I said, “Seth, thank you for the tip and I’m glad you didn’t sign your name on it.  Had you done that, I wouldn’t have wanted to spend it.  Now that you wrote SEAN HANNITY on it, I can’t wait to give it away.”

I said this right as he was drinking, and no joke, the dude almost spit all over me.  In comedy, there’s nothing greater than getting people to expel liquids either through their noses or by spitting.  Luckily, Jarret was watching the show so I had a witness.  It was definitely one of my greatest comedic moments.

Of course, I ended my set with Sam the Bellhop and Seth MacFarlane said, “That is the greatest card trick I’ve ever seen in my life.”  He then gave me another hundred dollar bill.  Now, up to this point, the coolest celebrity I ever performed for was Dave Grohl.  I mentioned this to Seth and told him he was now at the top of my list.

On their way out, Alexis and Seth took pictures with me.  He joked that he wrote SEAN HANNITY just the way he imagined Hannity would do it.  You know, in all caps, Arial font.  I swear, we both said, “Arial font” at the same time.  It was a true comedy romance between us.

Also, Seth said, “I was reading your business card and apparently I can hire you to walk around my party and blow people’s minds.”

I said, “Yeah, but dude, I want to be friends with you!  I want to hang out by your pool and date your leftovers.”

He said, “Dude, you’re creeping me out.”

He nervously laughed and said, “Let me start by hiring you for this house warming party.”

Before leaving, I got to hug Alexis inappropriately.  She was really cool and had a great sense of humor.

He shook my hand and whispered, “Fuck Dave Grohl, you tell everybody I was the coolest.”

So, who knows, maybe I’ll be at Seth MacFarlane’s house warming party, blowing his guest’s minds.  I forgot to tell him that I performed for Mila Kunis years ago.  She’s the voice of Meg on Family guy and of course, was on That 70’s Show.  Maybe she’ll be at the party and I can try hitting on her again.

Even if he didn’t tell me to say it, I’d be telling you, Seth MacFarlane is by far the coolest celebrity I’ve ever performed for.

By the end of the night, my crab count included my dinner and fee from Crustacean plus $440.00 in tips from four tables.  So, all of you magicians complaining about the economy, find a killer place to work with a great clientele.  The best restaurants are still doing fine and there are plenty of people throwing parties in need of entertainment.

Zach Waldman is an internationally renowned stand-up comedian and magician who specializes in providing customized entertainment for exclusive private parties and corporate events.